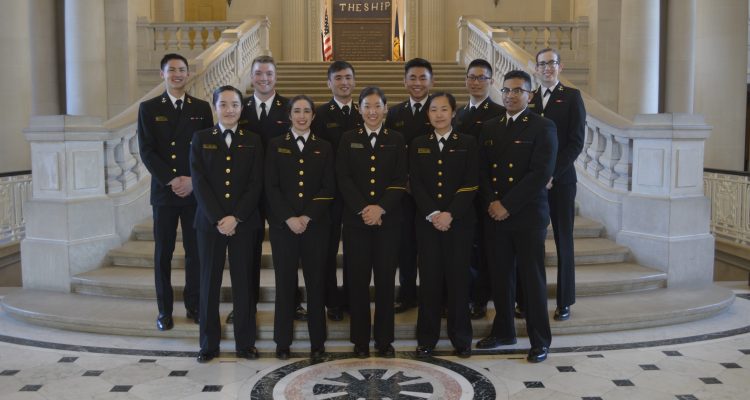 Members of the USNA’s Chinese Culture Club will participate in the 2020 CNY Parade as a part of celebrating the Congressional Gold Medal bestowed upon Chinese American US Veterans of WWII. This act of Congress was signed into law by the President in late 2018.

The Naval Academy Chinese Culture Club is a group of midshipmen who are excited to learn and explore Chinese Culture through authentic Chinese cuisine, movies, and celebrations.  They work closely with Chinese American veteran associations like the American Legion to champion diversity in the military and aspire to build bridges by engaging with the greater Chinese American community. The club represents the Naval Academy’s continued commitment to diversity and the development of young Navy and Marine Corps officers who have an exceptional understanding and appreciation for different cultures.